Milton Follies would like to congratulate our 2019 Scholarship winners. 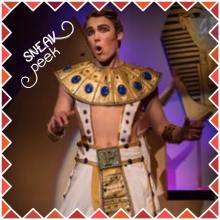 Rocco Forrester Sach burst onto the Follies scene in the 2016 production of Disney’s The Little Mermaid Jr. He then went on to steal the show with his Elvis inspired Pharaoh in Joseph and his Amazing Technicolor Dreamcoat in 2017. Rocco moved to Sydney in 2018 to foster his passion for musical theatre and performance, gaining a scholarship to attend McDonald College, a prestigious performing arts high school. Milton Follies is proud of its association with and support for this talented young man. We look forward to watching his career blossom. 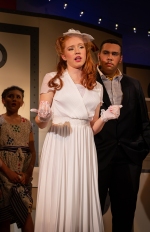 Poppy Gillespie appeared as Flounder in her first Follies musical Disney’s the Little Mermaid Jr. and performed the role of Hope Harcourt in last year’s production of Anything Goes Jr. Poppy is passionate about performing. She will use her Follies scholarship towards further vocal training. 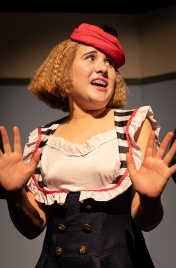 Holly Forbes’ Follies debut was also in Disney’s the Little Mermaid, where she played the role of a seagull to much acclaim. She also delighted audiences with her portrayal of Erma, the ditzy gangster girlfriend in Anything Goes Jr. Holly has a lovely stage presence, and her Follies scholarship will be used to support her upcoming NIDA workshop in January 2020. 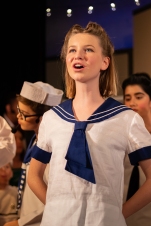 Sienna Condie discovered her love of theatre age 5, and has been a valuable performer in Follies production since, most notably as a Birdgirl in the 2015 Follies production of Seussical Jr.  A keen musician, singer and public speaker, she has starred in several primary school productions and was a lead singer in the Milton Public School rock bank. With an interest in costume design and script writing, she will use her Follies scholarship towards attending a NIDA workshop in Sydney next year.